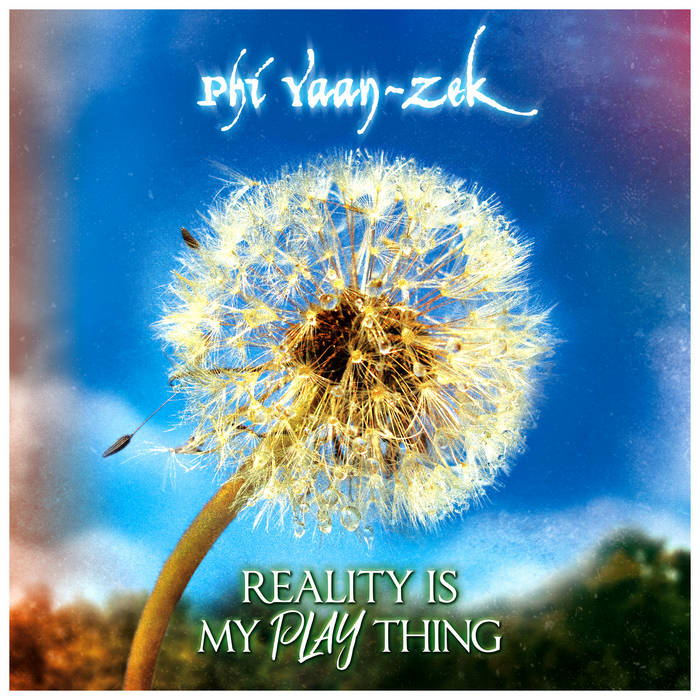 Steve Lawson I have no doubt that come the end of 2018 this will be in MANY people's best of lists. An extraordinary album that weaves something unique out of a musical tapestry that includes Zappa/It Bites/Gentle Giant/Vai/Genesis/Keneally and a whole lot more. Complex without being overly twiddly, hummable even when switching time signature and key every bar (!!) You need to hear this. Favorite track: Abigail's Place.

This expansive double album of genre-bending progressive tracks unites Yaan-Zek with a bunch of his long-time friends who happen to be a collection of the world’s most respected and revered instrumentalists. Reality… sees the continuation of Phi’s 15 year collaboration with global drum superstar Marco Minnemann (Steven Wilson, Aristocrats). Virtuoso keyboardist Lalle Larsson (Karmakanic, Anderson/Stolt) has a connection to the Phi’s story that runs even deeper, having worked with him since the early 90s. Rounding out the core band are Zappa band legend Mike Keneally on keyboards, vocals and guitar, and bassist-to-the-stars Bryan Beller providing the signature lowend presence that has underpinned records and tours by Satriani, Vai, Dethklok and The Aristocrats for the last two decades.

Recorded in the UK and Southern California Reality Is My Play Thing is an exhilarating blend of the intricate-yet-accessible west coast rock of Frank Zappa or Steely Dan together with a distinctly British off-kilter eccentricity (XTC, Gentle Giant, Cardiacs) married to the sweeping cinematic grandeur of Steven Wilson or even John Barry. The 11 year gestation has yielded an epic project - the core double album (expanded to a triple album for the special edition!) has two distinct halves - one disc is vocal and the second mostly instrumental. Maintaining a balance between accessibility and at times intense instrumental complexity, the entire set has a deeply cohesive feel that rewards deeper listening.

‘Music has its own timing’ says Phi, ‘I mean I have been releasing other albums since my last solo album Solar Flare in 2005’. There’s two albums as part of Marco Minnemann’s Normalizer Project, and 3 albums with Ley Lines, an improvising prog-fusion trio with IQ/Frost* drummer Andy Edwards and bassist Steve Lawson.

“Going against a world of instant gratification, this album needed the time to develop and gestate into something unique and beautiful. It’s about having the patience to let something evolve naturally. Besides I’m still working on albums I started over 20 years ago now!”

All music and lyrics written by Phi Yaan-Zek